Just before I left for Cambodia, earlier this year, I read an article about a British television producer, one of the people behind the iconic show Eastenders, who had moved to Cambodia and was now producing soap operas there.


Once I was in Cambodia, I began to watch some local television, and my favourite was an historical soap opera set during Angkorean times, which caused many arguments between me and my Cambodian friends. They tended to prefer Indian soaps and the endless Chinese version of Monkey that is on five nights a week and can be watched, dubbed, in almost any country in Asia.
While there I also received a call from a young Australian documentary maker called Walter McIntosh, who had come to Cambodia to make a documentary about the very man I had found out about months before - Matthew Robinson, the "Pope of Soap." For various reasons Walter and I never got to meet, which was sad because I very rarely get to meet another Walter under the age of 80.
I was excited to see, however, the fantastic teaser he has put together for the docco. Have a look at it for yourself:

Posted by Walter Mason at 5:55 PM No comments:

I am anxiously awaiting the forthcoming release of the anthology Phnom Penh Noir, which features a chilling story from my dear friend Suong Mak. It will be in stores at the end of November, so keep an eye out for it. Until then, here are some interesting Cambodia-related items from the www:

Posted by Walter Mason at 3:56 PM No comments: 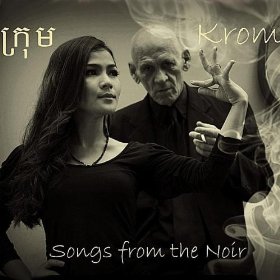 This video just grows and grows on me - I love the song and the mood. Equal parts William Burroughs, Tom Waits and Bob Dylan, this song evokes a mythic side of Phnom Penh, a noir-ish aspect that is becoming an increasingly powerful cultural meme (and will only continue, with the release of the book Phnom Penh Noir in November 2012, featuring a story by my dear friend Suong Mak).

Take a look at it and let the whole mood just wash over you.


Posted by Walter Mason at 6:36 PM No comments: