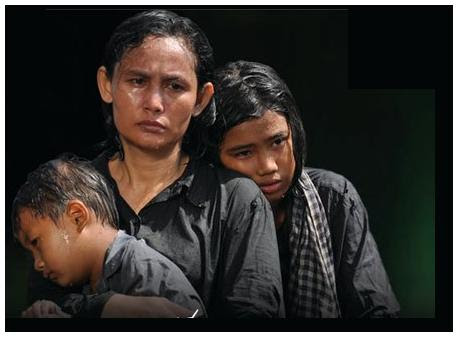 I finally got around to seeing Lost Loves, a by-now legendary Cambodian film detailing the horrors of the Pol Pot years, directed by Chhay Bora.
There were only a few of us in the cinema, most others having opted to go and see John Carter in 3D instead. I guess that says someting about taste and the collective memory in 21st century Cambodia.
It is a dramatised account of one woman's experiences during the Khmer Rouge years, and it was quite a gripping and emotional film. I knew I was in for trouble when I started to get teary in the first two minutes.
It is well-made and the subtitles are mostly excellent, and it is a fantastic film to watch if you don't know much about this period in Cambodian history. Of course, for those who know and love Cambodia there can sometimes be a bit of  "Pol Pot Years" fatigue, as most of what is presented to foreigners about Cambodia is about this period. There seems to be a concerted effort to keep this film before the public eye, as it is subtitled in English (none of the Cambodian romantic comedies or horror films I go to see are) and it continues to be shown at the major cinemas, despite the less-than-impressive audiences. I saw it at the Sorya Mall, and there fewer than 8 of us in the audience - more on that later.
Stylistically, the film obviously owes a debt to the Indian soap operas that are enormously popular in Cambodia right now. The dramatic panning in on faces twisted by emotion, the slow-mo replays of painful events, the pans across sad family members' faces - all of these things are instantly recognisable from my evening TV viewing with friends. That is not to say that it is in any way an unsophisticated film - on the contrary, I was impresed by its emotional restraint and its simplicity. The script is very well done, and it doesn't seem to run a moment too long.
The film is based on the director's mother-in-law's real-life story, and it is this premise in real life which renders it all the more emotionally engaging. I am not going to indulge in spoilers here, but let me just say that the present-day resolution at the end of the film is beautifully handled and quite effectively emotional.
The performances are also impressive. Sophisticated, reserved and ultimately highly representative of the moods and emotions I witness among the Cambodian people around me every day, each was thoroughly believable. My only gripe was that, over the four year period the film covers, the children never age. I know this is small thing, and that I need to suspend some disbelief, but it began to nag at me by the end of the film.
And a word on Cambodian cinema audiences. Despite a little public-service announcement at the begining of each and every film asking people to refrain from texting, talking and telephoning during a film, people talk, text and telephone from the moment they walk in. More than that, they get up and walk around the cinema, often shouting to friends in the back row. You cannot allow this to get to you - any attempt at remonstration will be met with bewilderment. People have come to the movies for a good time, and a good time for them entails the freedom to engage with all modern forms of communication at all times. So, the team of young women who were the only other people present in the cinema with me had a grand old time, shouting, laughing, making and taking calls, leaving to buy snacks and coming back for a quick meander around the auditorium to see if anything had changed in their absence. Resistance is futile.
Even more strangely, at key moments in the film (there is a particularly long sequence of a child dying), these young women wept loudly and heavily, when not 30 seconds before they had been shrieking comments at each other and texting their boyfriends. The cinema is a communal experience in Cambodia, so public expressions of emotion only contribute to the experience.

One of the wonderful contradictions that I love in Cambodia is the twin devotions people display to tradition and to modernity.
So young people are likely to know about old music and traditional Cambodian arts in a way that I have never experienced in Vietnam, but they are also hugely enthusiastic about nightclubbing, hip-hop and all the forms of K-Pop. Cambodians are the biggest K-Pop fans I know, and you can stay abreast of all the latest Korean music just by wondering around some of Phnom Penh's shops and cafes. 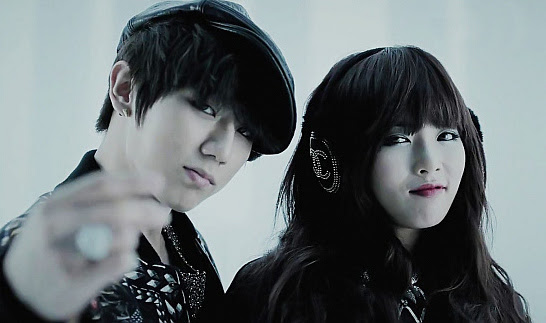 The K-Pop song that I am loving the most at the moment is Trouble Maker. It is insanely catchy, with its hokey whistled refrain. Someone at the cafe I am stting in at the moment has set that whistle as their text message alert on their phone, and each time it goes off I get excited.
See for yourself how fabulous it is :-) Be prepared for a strangely violent, and quite sexy, video clip:


Posted by Walter Mason at 7:10 PM No comments: