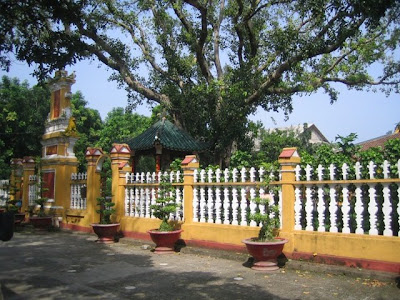 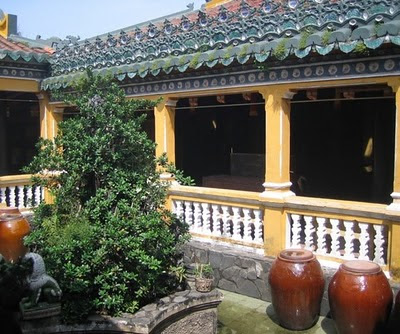 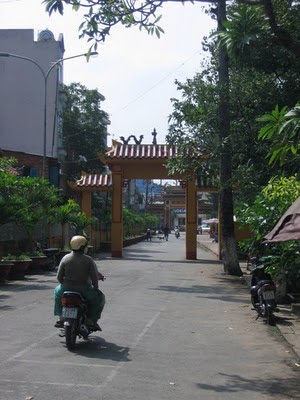 One of the suburban temples in Ho Chi Minh City that is well and truly on the tourist beat is Chua Giac Lam.
It is said to be one of the area's earliest extant Mahayana temples (there are, naturally, some much older Theravada temples in the vicinity, including Wat Bodhiwong, a Khmer temple), and there are graves in the temple cemetery dating back 300 years. Despite the occasional crowd of tourists, I quite like Giac Lam. It is spread out, and in the afternoons it is a hangout for students from the neighbourhood who come here to study in the quiet - and do quite a bit of flirting with each other. When I spent a lot of time in Vietnam in 1999 I used to come here quite often to conduct an informal English class with a young monk I knew, and we were allowed special access to a closed-off garden at the side of the temple which grows special medicinal herbs for the monks' use. Unfortunately I have no pics from that time.
The front courtyard boasts a very big and very healthy Bodhi tree.
As it is situated on quite a large parcel of land, the temple has, over the years, established a number of different outdoor shrines on a grand scale. 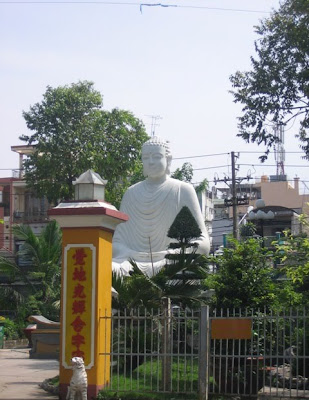 This shrine to Kwan Yin is a great favourite of elderly Chinese men, who sit in front of it all morning shouting to each other in Teo Chew dialect, smoking and scratching their bare bellies. 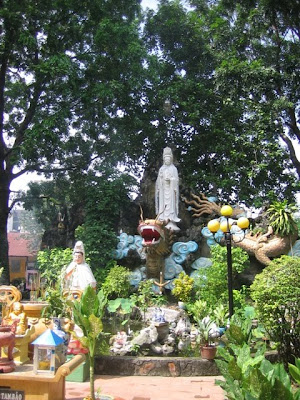