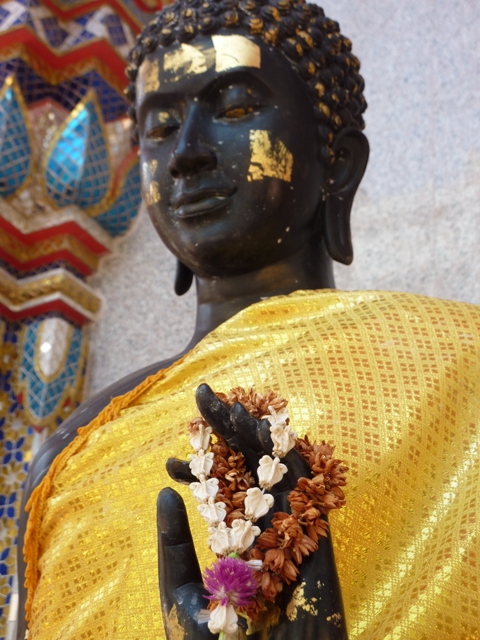 Posted by Walter Mason at 6:08 AM No comments: 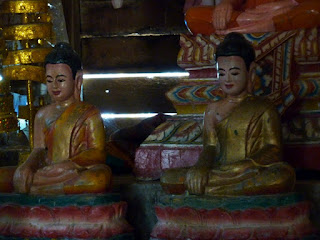 People far away often ask me what are the major differences between Vietnam and Cambodia.
Now, to answer that question would require several hefty volumes, but to me, a regular habitue of Buddhist monastic spaces, one of the most significant differences is that between Buddhist statuary in each of the countries. 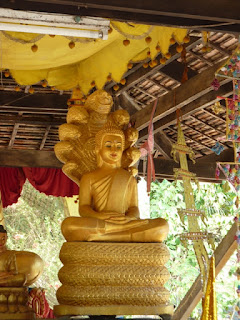 This is my special interest area, you see, though I have zero training in Buddhist art and iconography. I am merely a keen amateur.
I have long been in love with Khmer Buddhist art, particularly if it is popular or modern. 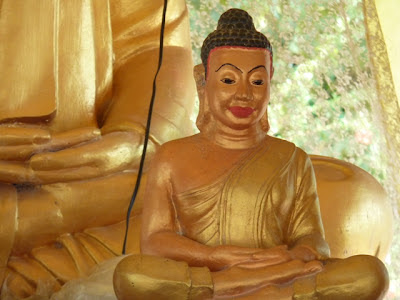 Of course, it is easy to wax lyrical about the exquisite transcendence of the Buddhist statuary of the Angkorean period. It is without equal.
But I am talking about the everyday stuff, the statues rendered in cement and plaster, gaudily painted and often left open to the elements in small temples across Cambodia. 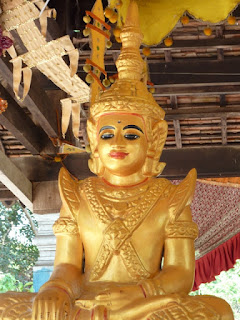 These are the images that interest me most, and I think they are possessed of their own special beauty. 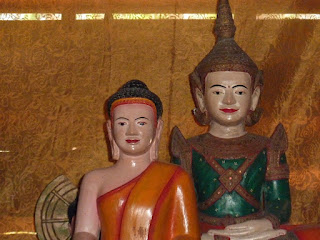 Posted by Walter Mason at 11:57 AM No comments: